Do Women get taken for a ride? 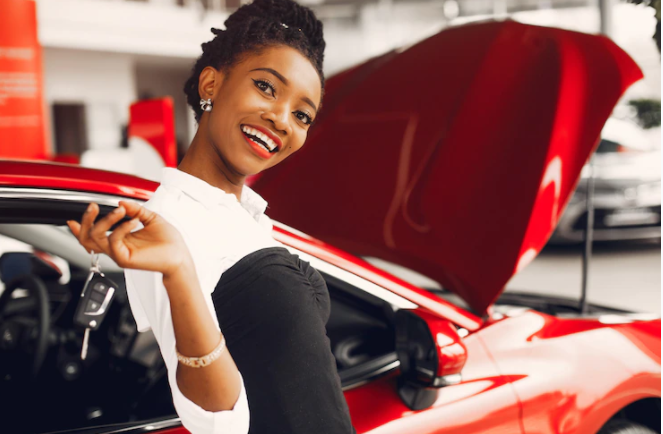 Do women get taken for a ride???

My sister complained bitterly about the type of service she received from a German dealership. My first reaction was to look at her and think, oh no, time to leave. But she is a great cook and lunch did smell rather good, so I listened to her story. The dealership/service advisor, insisted that the problem she was experiencing on her car was in her imagination and that the vehicle was in perfect running order. The problem she had was that the vehicle was cutting off intermittently and as usual, when she took the car in to the dealership the problem was not there.

Her concern was that the service advisor was not taking her problem seriously. After she had spoken to the workshop manager, the vehicle was inspected one more time and she was told that the car was fine. Two months later the dealership managed to find the fault. The only problem, now, was that the vehicle was out of its motor plan. I thought that was rather fortuitous on the part of the dealership, because the bill was now to be settled by my sister.

The problem on the vehicle that could never be determined, while the car still had a maintenance plan, was completely resolved when my sister had to pay for it. I finally saw what my sister wanted to say, after about an hour of trying to explain in detail with dates and times. What she really wanted to ask, “Do all dealerships and workshops, rip off their female clients?”

My answer was an emphatic no. But after listening to a few other ladies reveal their encounters of the dark kind, I felt rather dirty owning my own workshop.

One of my clients got told that the cylinder head on her VW Golf had to be replaced as the car was overheating. I advised her to bring the vehicle to me. She arrived at my shop with the vehicle on the back of a tow truck, and in tears. The tears were because of the R15000,00 quote she was clutching in her hand. On inspection, we determined that the 30 amp fuse that controlled the radiator fan was blown and the heating was due to the fan not coming on. So, after replacing the R1.00 fuse she was on her way, eyes dry, and so happy, everyone in the workshop got chocolate.

Another of my clients who owns another German brand, had her xenon headlight fail. Again, tears and anger and a phone call to me, to say that the dealership wanted R14000,00 for the repair. I called around and discovered that the very same job could be done for half the price. Once again, is this a rip off, or should we shop around before rushing off to the dealership. Or, would a man with the same problem have received the same quote?

Women in general will not hesitate to ensure their cars are in a roadworthy condition and will not want to be stuck on the side of the road and will always go on the advice of a service advisor. If the so called advisor determines that his/hers budget needs to be fulfilled, do they upsell their services to women more than they do to men?

This is not the general practice in the industry but it is becoming more prevalent in these hard financial times. It is not ethical to rip someone off just because you determine that their knowledge of cars is not too good and taking advantage of the fairer sex is morally reprehensible. I may sound like I am preaching but the more stories I hear the angrier I get. To the workshops out there that are taking these ladies for a ride, just remember, one day it may just be your wife or sister in trouble.

So, finally after having heard all the stories, some very bad and some due to your own fault I can only say that I have to unfortunately agree with my lady friends that there are unscrupulous operators out there and shopping around before saying yes, to anything, is the only way you have of not getting taken for a ride.