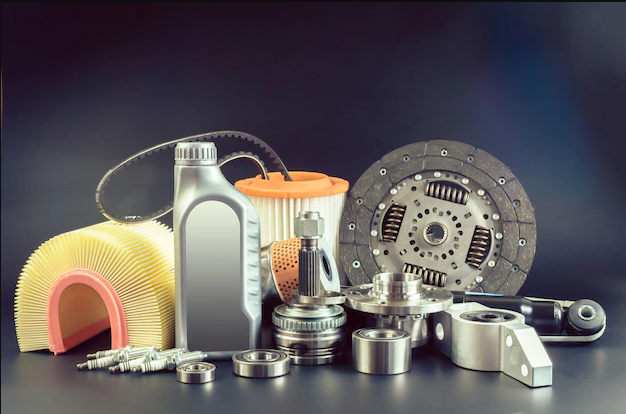 Planned obsolescence or built in obsolescence in industrial design is a policy of planning or designing a product with a limited life span, so it will become obsolete, or fail to function at its optimum, after a certain period of time. Planned obsolescence, when designing a motor vehicle has potential benefits only for the manufacturer of said vehicle and none what so ever for the end user. The owner of a vehicle with certain parts that are designed in this manner, must know that at some time in the vehicle’s life, he is in for some major repairs that are going to cost him a pretty penny.

When a mechanic or service advisor lets you know that a part of significance has failed, and it is going to cost you some serious money, it is only then you question why? A part of such importance should not fail at 125000km.The answer you receive from your service centre does not satisfy your need to know. When you decide to find a more appropriate answer, you realise that it is designed to fail at this mileage.

So, you spend a whole lot of money on your motor vehicle but you still have to spend even more after a certain period of time. Yes, we all know mechanical parts cannot last forever, but designing them to fail after a determined time? Is this engineered theft?

The manufacturers will claim that everyone does it. But does that make it right? Does this type of process ensure that industry is productive and thus ensuring a good economy or is it just built in greed?

On some vehicles, the water pump impeller is made out of a nylon compound pressed fitted onto a steel shaft…..how long do you believe this combination is going to last? The alternative or aftermarket part is designed and built better than the original….does this say something about the manufacturer? I do know now, why manufacturers insist on original parts.

On some cars the entire thermostat housing and sensor holder is made of plastic. Plastic on an aluminium cylinder head. I wonder which bright spark thought of this? I can understand weight reduction, but this is bordering on lunacy. The cost of replacement can be as much as R3000,00 in certain instances and you have to replace the entire unit. When cars were built to last you could buy single replacement items without selling one of your children.

Cambelt replacement has got to be the best design to generate income, ever. The reason given for the shift from chain driven camshafts to belt driven, was weight reduction. When you replace a cambelt on certain vehicles, you also have to replace the water pump. So where does the so called weight reduction come in??  Chains were almost never replaced every 60000km, unlike cambelts which have to be replaced as per manufacturers specification. This ensures an added expense on your service bill.

The electric window winder mechanisms on almost all the new vehicles are designed to fail after “X” number of times of the window being used. When asked by a client of mine as to what contributes to such premature failure, I could only smile and tried to explain built in obsolescence. Unfortunately, you have to buy complete units and not just the plastic bits that break. Yes…once again, a vehicle designed by some of the best engineers in the world, has more plastic bits in it than metal and costs an arm and a leg. If someone can explain to me, the thought process behind these so called new techniques of reducing weight in a vehicle by using plastic and nylon bits and pieces, to reduce fuel consumption, and make it better for the environment, where are we dumping these non-degradable plastic parts after we have replaced them for the umpteenth time?

Having worked, hands on, in the industry repairing cars and trucks for the past 25 years, I have seen the motor industry progress from motor vehicles that are very basic, to cars that could embarrass the space shuttle when it comes to technology. I am the last person to condemn the march of progress but I have seen my share of failures of new technology that leaves much to be desired.

Enter new technology, I was posed with a rather interesting dilemma when I tried to reset the co mixture on a vehicle via the electronic control unit (ECU), the fault code that came up left a rather wry smile on my face and a completely dejected client. It said that it could not adjust the co mixtures as it reached its limit. Solution, new ECU. Cost of ECU R23000,00. Look on customers face…. priceless.

New technology has also ensured that a lot of the electronic components required to drive a motor vehicle are obscenely expensive and can only be repaired, in certain instances at the dealerships. Take for instance an electronic key. The cost of which, could set you back up to R9000.00, for the supply and coding of said key. Why would a key fail??? The answer….it just does.

Once again built in obsolescence rears its ugly head.

Why, and I have asked this question more than most, can’t we just have the older technology with a few modifications. The corporate answer is that all motor vehicles have to adhere to a certain set of manufacturing specifications as set out by the powers that be. I have no clue whether these specifications determine how long certain parts on the vehicle should last, but what I do know is that no one will admit to making parts that are designed to fail at regular intervals.

With the new stop start system in a lot of the modern cars I can see some serious problems in the not too distant future when these motor vehicles are all out of their warranties. Starters will be the business to be in.

I would love to drive a car with the latest technology in it for all the obvious reasons, but please forgive me if I choose to rather drive something a little older that I know for a fact will not cost me a kidney every time I take it in for a service. I have discovered recently that a certain German manufacturer is fully aware of camshaft gears and the timing chain failing after the vehicle is just out of its maintenance plan (what a surprise). The cost of repair can be anywhere in the region of R50000.00. I also found out that the very same manufacturer will only give a 12 month guarantee on the work carried out for this repair. That is perfectly fine. But why is it that aftermarket gears for the very same vehicle carries an unlimited kilometre guarantee? Begs an answer does it not?

I, more than anyone, understands the need for repeat business, but I don’t see the need to deliberately mislay or “cheat” people who purchase their vehicles from me, and place their trust in me. I am also not advocating that car be built to last forever, but it just seems that the old adage that “they don’t build them like they used to” seems so appropriate in this instance. No one need stand in the way of progress, but if progress means my having to pay unnecessarily for parts that don’t really need to fail, I want no part of it.